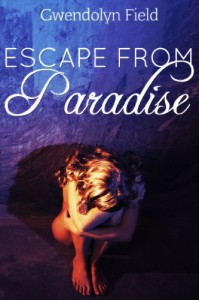 Angela Birch has taken a secret trip with her friends to Cancun, Mexico. There she meets a handsome man named Fernando, who invites her to go dancing with her. Next thing she knows, she has been kidnapped and is no longer in Mexico, but on a boat heading to Spain where she is will be introduced into the world of sexual slavery.

Colin Douglas life isn't perfect. In his youth, he tragically lost his parents and his younger brother went missing. His revenge fueled him all those years he spent looking for his brother. That is what eventually led him to become an undercover agent. His next assignment is to locate Angela Birch and to bring her back home to her parents.

When I read the first chapter of this book quite a while back, I was so intrigued and couldn't wait for this to be released. The beginning of this book really hooked me. But as the story progressed, I unfortunately couldn't connect with the characters completely. I felt like the story was being told to me, rather than letting me experience what was happening along with the characters. Maybe if things had been described a bit better, it might have made it more engaging.

I didn't quite like Angela, to be honest. She was not so bright, and her friends were no better. In fact, they were terrible friends in my opinion. Who lets their friend hang out alone with a stranger, in a club, in a foreign country? They should have been keeping tabs on each other.

I felt absolutely horrible for everything Angela was going through. I was sickened by it all. But again, I struggled to really connect with her. I wanted her to fight, but I knew she couldn't, at the same time I still wanted her to just do something. Soon, I found her becoming okay with her predicament, or it seemed like she did. I felt like she was giving up too quickly. Some things were moving too fast for it to be believable. I couldn't fathom some of things Angela would notice or care about. Shouldn't she be repulsed? She seemed at times too casual about it all. I just didn't really understand her, despite having her POV.

Colin interested me from the start. He was introduced with a back story and from that, I knew I wanted to know more about him. He was on a mission to rescue Angela from captivity. Okay, I did like Colin, but I felt a bit conflicted about him, just like he was feeling about himself. He seemed was the good guy that had to act like a bad guy to try to save her. I kind of questioned their relationship a bit. They fell so fast for each other, I wasn't sure it would work, or if it was just the situation they found themselves in that thrust them together. I still am not sure if I can believe in their relationship. I feel like they still have so much to move on from.

The sex was quite disturbing to read. The rape scenes weren't overtly descriptive but it still made me feel completely ill for her. Even when she was having sex with Colin, I still didn't feel 100% right to me because she seemed to be moving too fast. She still needed to heal, they both did. Marco I hated completely. I never really warmed up to him and felt so bad for all of the other slaves, because they had accepted thier lives as it was. They didn't seem to have any hope or want to escape. I wanted to know more of what ended up happening to them, but I didn't get to know.

Overall, I really tried to love this book and I am saddened that I couldn't like it more. Maybe it was just me, I don't know. I felt that the story needed to be further developed in some scenes. And some parts were just not believable to me. The ending was just okay for me. Well, I just hope that if you decide to give this a try, that you will enjoy it more than I did.
Tweet
929 BOOKS